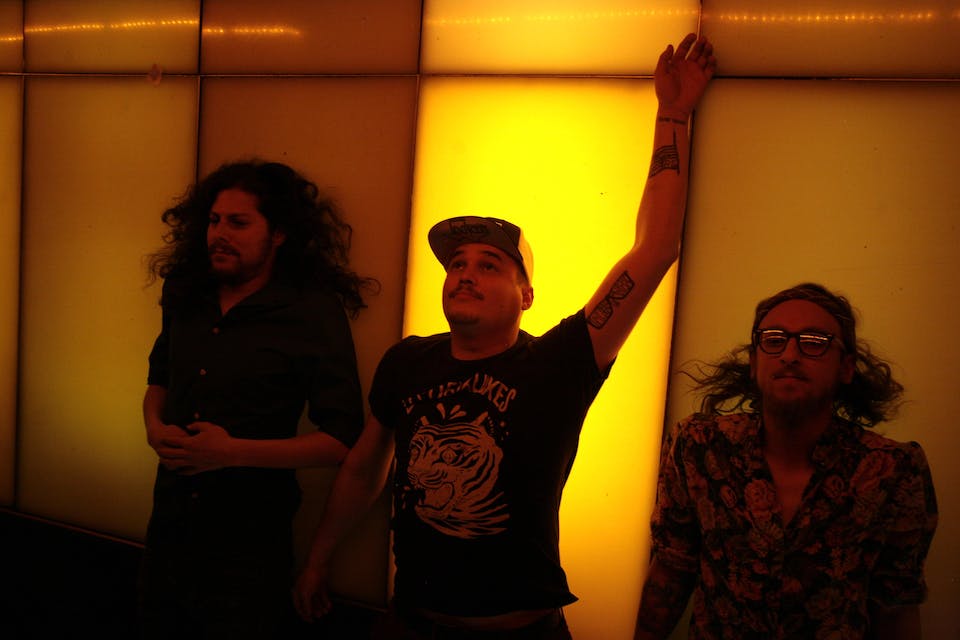 iCal
Google
The Yawpers - live music at The Mothlight in Asheville, NC 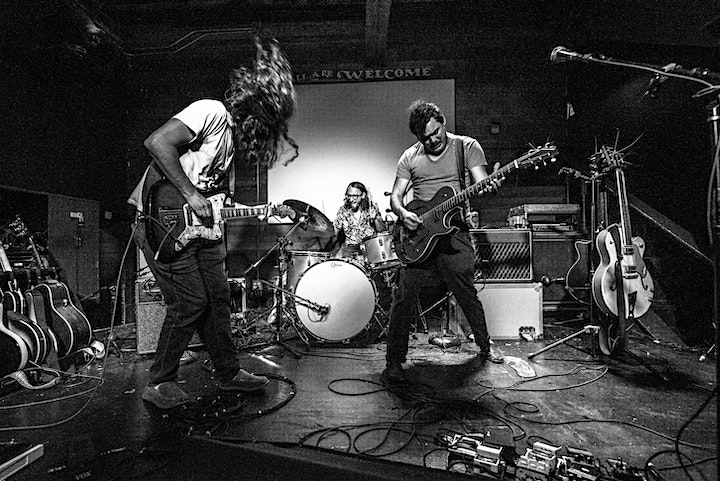 The Yawpers are the sheep in wolf’s clothing.

Through their first three albums, the group divined a signature style—what Pitchfork described as “an expansive vision of rock ‘n’ roll, one that cherrypicks from various folk traditions: punk, rockabilly, blues, whatever they might have on hand or find in the trash.” The sound is a front-heavy, groovy, fire & brimstone punk-blues overlying a dynamic and metaphysical roots rock. On their fourth album Human Question, the Denver trio zooms out to a more vast and accessible stylistic and spiritual universe. The 38-minute thrill ride generates growth and cathartic self-reflection for audience and performer alike. If there was justice in this world, the Yawpers would be the savior that rock-n-roll didn’t know it was waiting for.

Following their critically acclaimed and meticulously plotted concept album Boy in a Well (set in World War I France, concerning a mother who abandoned her unwanted newborn), the Yawpers created Human Question with a contrasting immediacy. The album was written, rehearsed, and recorded over a two-month period with Reliable Recordings’ Alex Hall (Cactus Blossoms, JD McPherson) at Chicago’s renowned Electrical Audio. The band tracked live in one room, feeding off the collective energy and adding few overdubs. Through the new approach, ten songs connect with an organically linked attitude and style.

On Human Question, lead singer and guitarist Nate Cook writes his way out of trauma, rather than wallowing in it, as was his self-destructive formula in the past. “I wanted to take a crack at using these songs as therapy, really,” Cook said. “I think I’ve always been inclined to write more towards the dregs of my psyche, and explore my depressions and trauma, rather than describe a way out.” The self-reflection engages the band’s trademark dangerous, emotionally fraught choogle, and the listener is constantly kept on edge, not knowing when to brace for a bombastic impact or lean back and enjoy the ride.

The band skillfully balances that Jekyll and Hyde formula. In “Child of Mercy” guitarist Jesse Parmet revs the engines with a disintegrating blues guitar framework, backed by a breakneck beat by new drummer Alex Koshak. Eventually, the tune whips into a cyclone of distortion and Cook’s sustained falsetto, as he howls, “Won’t you please wake me up when the night is over.” For such a raw and kinetic sound, the Yawpers are never stuck in one gear for long. They deftly navigate shifting dynamics and moods, and if you squint your ears, the Sun Studios’ Million Dollar Quartet, transmogrifies into the ghosts of Gun Club, Jon Spencer, and Bo Diddley.

“Dancing on my Knees” is the direction that Dan Auerbach could’ve taken Black Keys: raw yet poppy, outsider while mainstream, danceable while thought-provoking (lyrics include “It wasn’t what I asked for / But it’s exactly what I need / You’ve said there’s growth in agony / And we finally agree”). There are moments of blunt Stooges raw power (“Earn Your Heaven”), shaker rhythms behind ‘70s psychedelic rock (“Human Question”), and the salacious boogie of Zeppelin(“Forgiveness Through Pain”). Through it all, Human Question is impossible to confuse with anything else—it’s distinctly the Yawpers.

“Man As Ghost”, “Can’t Wait,” and “Where the Winters End” reveal a softer and contemplative side, blending touches of modern Americana and folk music. In these moments of sonic respite, Cook and company display their range through acoustic guitar strums, relaxed and aired-out tempos, and big yet dialed-in vocal runs. But, no song exhibits the band’s extended capabilities like “Carry Me,” a Gospel-soul burner that builds from hushed to impassioned, with the lead singer begging for salvation in full open-throated fervor by song’s end.

Human Question isn’t meant for the meek or casual listener. It will make you dance, mosh, sing along, and dig deep into your soul. Some people lament that rock-n-roll is dead. They just haven’t heard the Yawpers yet.

The band has previously released three full length-albums, their Bloodshot debut American Man and the 2012 self-released album Capon Crusade), a self-released EP (Savage Blue), and a bootleg covers record (Good Songs/Shitty Versions). The band's music has been praised by publications like Pitchfork, Rolling Stone, The New York Times, The AV Club, Consequence of Sound, Nerdist, and American Songwriter, and has taken the stage with Lucero, Tommy Stinson's Bash & Pop, DeVotchka, Supersuckers, The Blasters, and more. In 2015, they were the house band at TEDx Kansas City and soundtracked an episode of Bill Weir's The Wonder List on CNN — the episode was about the Colorado River. Their music has also been heard on TV shows such as Showtime's Ray Donovan and Syfy's Happy.

The Yawpers formed in 2011 when Parmet and Cook played together at the only speakeasy in Boulder, CO. In August 2018, the band announced that Alex Koshak would be stepping in on drums as they headed into the studio to record their next album. The band’s name is a nod to Walt Whitman’s “Leaves of Grass”: “I sound my barbaric yawp over the roofs of the world.” 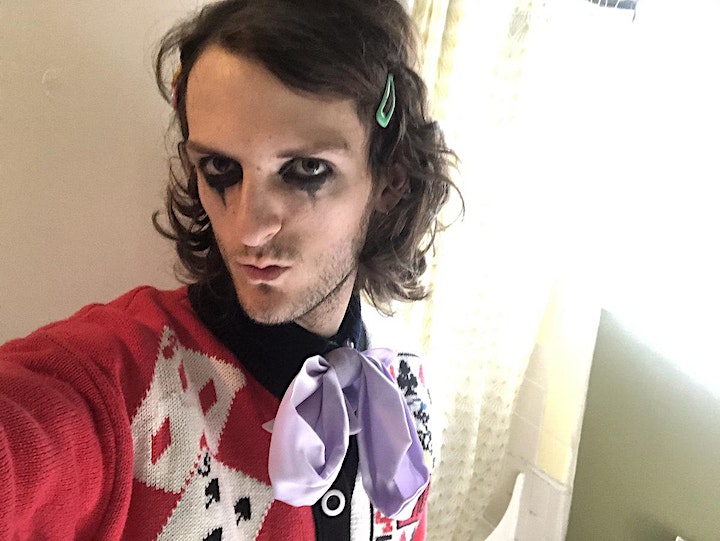 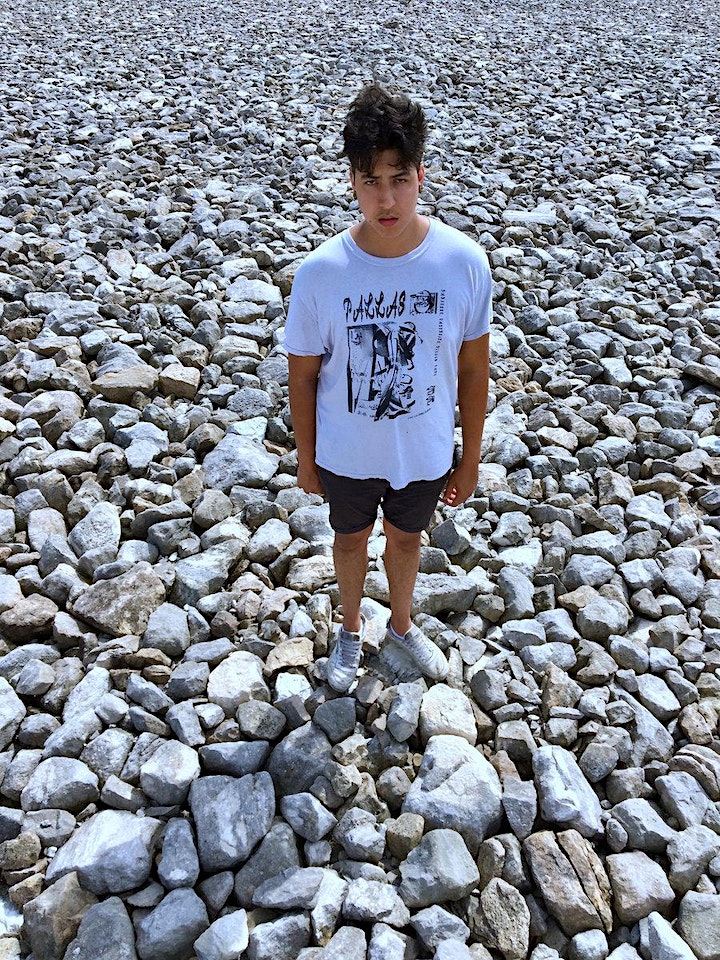