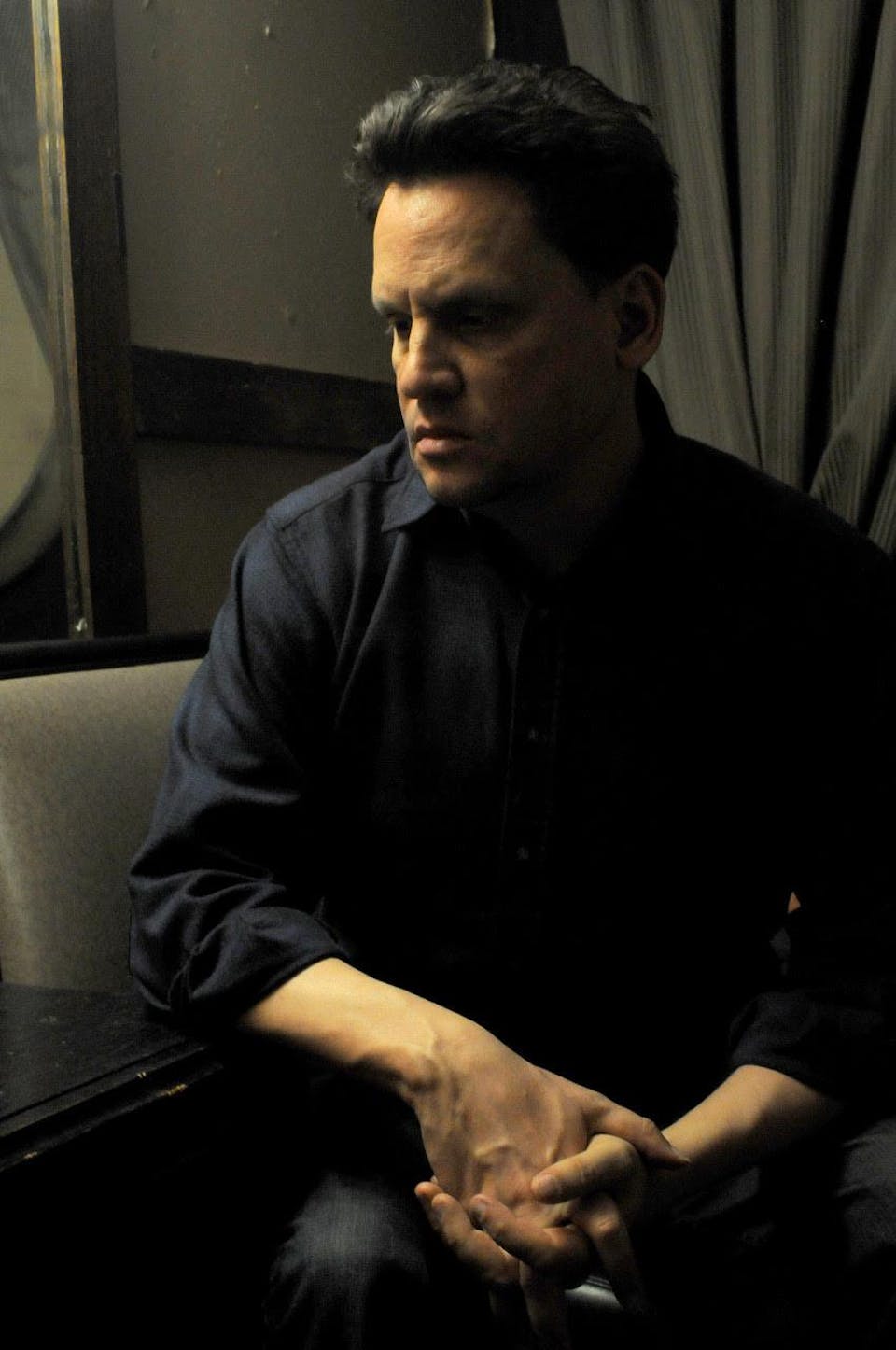 **At The Masonic Temple**

at The Asheville Masonic Temple in Downtown Asheville

On May 11, 2018, Mark Kozelek will release his self titled album, Mark Kozelek, on Caldo Verde/Rough Trade. The 88- minute, double CD was recorded in San Francisco hotels and studios between May 2017 and January 2018. Mark has also completed work on a new Sun Kil Moon album to be released this November. All of the songs were written during Sun Kil Moon's European tour of Europe this past November, 2017. Some of the songs were recorded in Europe during that time, and some were recorded in December of 2017 in San Francisco.

Mark recently contributed music to the James Franco directed movie The Pretenders, to be released this summer, and also acted in the independent film Passing Through, written and directed by Jason Massot. Passing Through was shot in Butte, Montana, February of 2016.

Mark will be touring throughout 2018, both solo and with Sun Kil Moon, in South America, Europe, USA and Canada. Mark is currently at work on a collaboration with Donny McCaslin and Jim White. The album will be released in 2019.

On October 6, 2017, Caldo Verde Records released Mark Kozelek's collaborative album Mark Kozelek with Ben Boye and Jim White. The album was streamed on Kozelek's website before its release date, accompanied by an interview with Mark by Tony Visconti. Other collaborations released in 2017 have included Jesu/Sun Kil Moon 30 Seconds To The Decline Of Planet Earth, and Yellow Kitchen, Mark's collaboration with Parquet Court's Sean Yeaton.

Common As Light And Love Are Red Valleys of Blood was released by Mark Kozelek's Sun Kil Moon on February 24, 2017. The double album was recorded in 2016 with drummer Steve Shelley. Sun Kil Moon has supported the album this year with a tour in Australia and New Zealand and will also tour Europe and The USA. The album received positive reviews world wide including Rolling Stone, The London Sunday Times and Rockdelux.

In addition to these releases, Mark also released the Night Talks solo EP as a free giveaway for direct purchases through Caldo Verde Records.

On January 2016, Mark's collaboration with Justin Broadrick entitled Jesu/Sun Kil Moon was released via Caldo Verde/Rough Trade Records, to positive reviews. The band promoted the album with live shows in Europe, USA and Japan and will tour again in September and November of this year.

Universal Themes was the 7th full length Sun Kil Moon Album, released in 2015. The album received some of Kozelek's best reviews including a 9 out of 10 in Uncut Magazine and an A- at Consequence Of Sound. In 2015 Mark also released a free EP entitled Down In The Willow Garden as well as a spoken word album entitled Dreams Of Childhood with Argentine actor Nicolas Pauls. Kozelek's music is also featured extensively in the latest Paulo Sorrentino film Youth.

In August of 2011, the film Mark Kozelek: On Tour was released via Caldo Verde Records. The film follows Mark on two different tours in support of the Sun Kil Moon release, Admiral Fell Promises, released in 2010. The album was played entirely by Mark Kozelek on nylon string guitar and includes 10 original songs. A limited EP entitled I’ll Be There coincided with the release. The 4 song EP includes 1 out-take and 3 covers, including the Jackson's ‘I’ll Be There.’ On November 22, 2011, Desertshore’s second album was released. Mark Kozelek contributed vocals to 6 of the album's 10 tracks.

In May of 2009 Caldo Verde released Mark Kozelek: Lost Verses – Live. The album was recorded in intimate, seated venues throughout the US and Europe in 2007 and 2008. This 14 song ‘best of’ collection features Red House Painters classic ‘Katy Song’ as well as several picks from the Sun Kil Moon catalog including ‘Carry Me Ohio’, ‘Lucky Man,’ and ‘Lost Verses.’

A hardback edition of Nights of Passed Over, a collection of Mark's lyrics originally published in a limited edition in Portugal in 2002, was also released in 2008. The book includes a preface by Mark and a 12-song rarities CD entitled Nights LP. The book is out of print.

In December of 2008, Mark released The Finally LP, a rarities collection featuring covers of Husker Du, Stephen Sondheim, Kath Bloom, Low, and others.

Mark’s music has been licensed to numerous television shows including The O.C., The Big C, Revenge, Brothers and Sisters, Friday Night Lights,and Sons of Anarchy as well as several films including Tarnation, Against The Current, The Elephant In The Livingroom,, Excess Baggage, and Vanilla Sky. Mark scored original music for the films Farewell Bender, Last Ball, and Lorena Ochoa: el Camino a la Cima.

In 2005, Mark started his own label, Caldo Verde Records. Releases other than his own include Alan Sparhawk of Low’s self-titled Retribution Gospel Choir debut album, for which Mark worked as producer. Caldo Verde has also released albums by Jesu, Kath Bloom, and Advance Base.

On January 23, 2007, Caldo Verde Records re-released the first Sun Kil Moon album Ghosts of the Great Highway with reworked packaging and a six song bonus CD featuring two versions of Leonard Bernstein’s ‘Somewhere’, alternate versions of ‘Carry Me Ohio’ and ‘Salvador Sanchez’, a radio performance of ‘Gentle Moon’ recorded in Portugal and the previously unreleased instrumental, ‘Arrival’, recorded for the movie The Girl Next Door. Originally released on November 3, 2003, Ghosts of the Great Highway received superlative reviews, moved quickly to the #1 on college radio and has become one of singer-songwriter Mark Kozelek’s most loved and best-selling albums of his 14 year career.

Ghosts tracks ‘Carry Me Ohio’ and ‘Lily and Parrots’ were featured in the Steve Martin film Shopgirl, in which Mark plays the role of a lead singer in a fictitious rock band. Mark also contributed several tracks to several compilations. His version of Will Oldham’s ‘New Partner’ is included on a CD entitled I Am A Cold Rock, I Am Dull Grass. Sun Kil Moon’s version of Neil Diamond’s ‘Kentucky Woman’ is featured on Songs from the Brown Hotel which also features Elvis Presley and Nancy Wilson, the original composition ‘Leo and Luna’ appears on a Canadian Compilation from Paperbag Records, and an exclusive, live version of ‘Have You Forgotten’ appears on the soundtrack to the HBO documentary film The Trials of Darryl Hunt.

Other highlights include producing Take Me Home: A Tribute to John Denver; Retrospective, a two-CD collection featuring various rarities and live tracks alongside favorite RHP material; and appearing as an actor in Cameron Crowe’s critically acclaimed Almost Famous and Vanilla Sky.