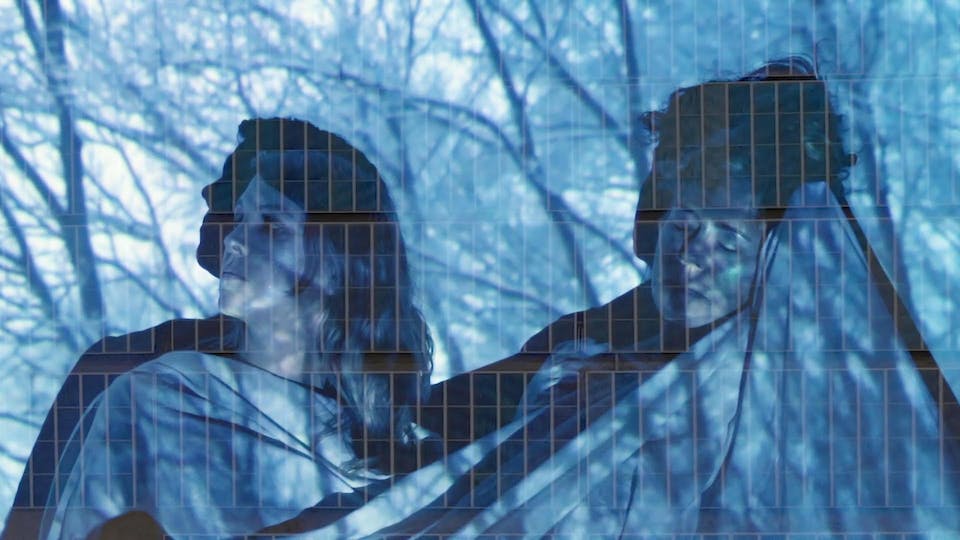 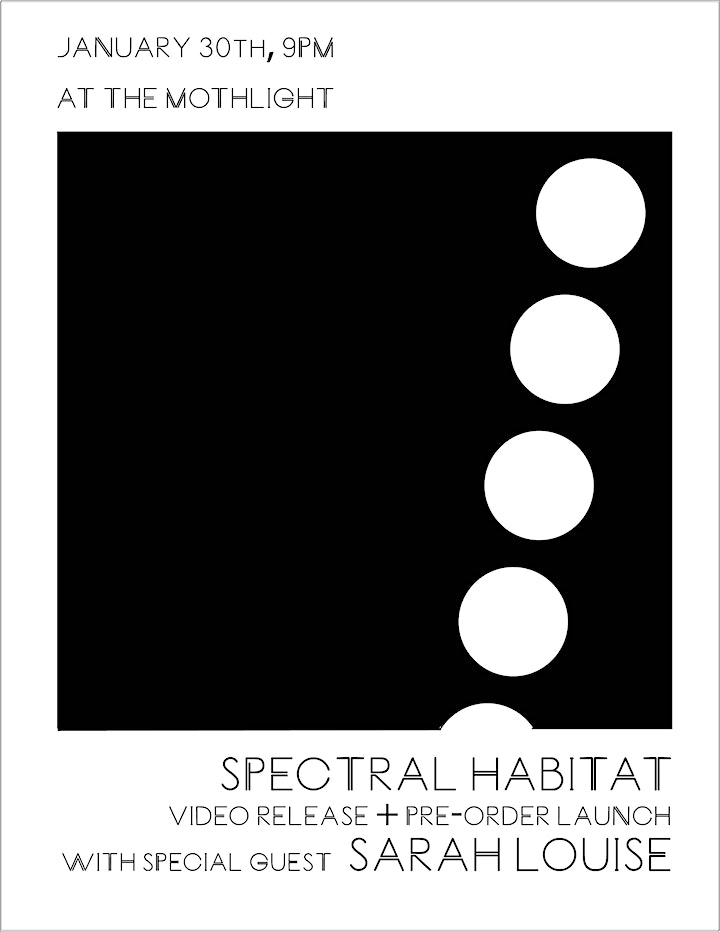 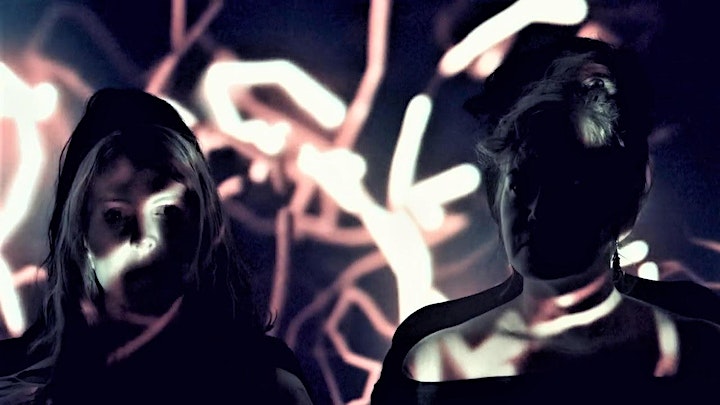 “I felt something unravel...you took me on a journey I needed to take.”

Spectral Habitat hears impassioned feedback from those deeply moved by their live shows frequently, and take it seriously. What started in 2014 as casual improvisations between multi-instrumentalists Meg Mulhearn (U.S. Christmas, Divine Circles, Judas Horse, Lunar Creature) and Elisa Faires while touring across the country with their respective solo projects has evolved into a dynamic soundscape experience. Audience response has made it clear the music they create together has the power to dismantle emotional barriers, allowing room for vulnerability to surface, and the duo now begins live shows with vocal “toning” to center and prepare both themselves and the audience to enter a listening space.

The sound of Spectral Habitat is crafted with loving inspiration drawing upon substantial backgrounds in classical, drone, and heavy music, using voice, strings, electronics, and synthesizers. New ideas are realized live through improvisation, inviting textures found on coastlines, and timbres discovered on city streets. Since their formation, Spectral Habitat has embarked on several national tours, crowdfunded a self-designed composing residency on the US West Coast, played festivals like {Re}HAPPENING, Hi-Lites Fest, and All Data Lost, been a featured artist in experimental music series hosted by The Pilot Light at Big Ears Festival, Fuse Factory in Ohio and Luggage Store Gallery in California, and shared stages across the country with many other boundary-pushing experimental artists. A testament to the power of their live shows, they have done all of this without releasing an album, until now.

Their first album, Atlas, to be released on Verses Records in early 2020, was woven together across the United States over the course of several years. Each of the tracks creates its own small world of experience, animating the essence of a feature Elisa and Meg found inspiring through their travels.The paired tracks of "Day Dunes" and "Night Dunes" begins with a single violin line, and gradually vocal and synth lines enter in response to the gravity and expanse of this environment, following the movement from day into night. "Fireflies" channels the beating pulse of the magical creatures so prevalent in North Carolina summers. In "Forest," the fireflies have moved higher in the trees, and we go deeper into the woods until we reach a clearing, struck by the special stillness found in the middle of the forest. But the forest is alive with other creatures as well, and we can feel their hearts and breathing all around us, the moss and the trees and the old, old soil. We reach "Lake," and though it takes a little while, sitting just on the edge of our consciousness, eventually we discern the rhythm in the labyrinth of the currents, moving with it, only just sensing the mystery deeper down. We are greeted by a "Bird" upon our exit, and we sing with it an ancestral memory song of migration, change, and adaptation. 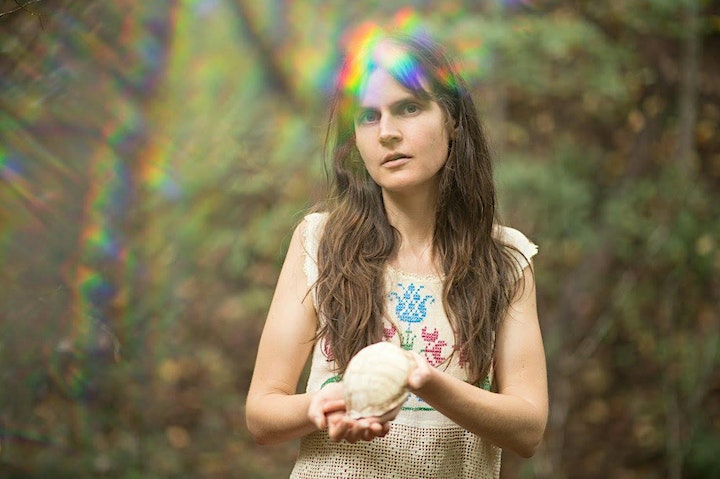 Nighttime Birds and Morning Stars is Sarah Louise’s most fearless work to date. Louise broadens beyond folk forms on her latest, turning streams of raw electric guitar into entire oceans of aural texture. Her rich playing is warped beyond recognition through inventive synthesizing and digital manipulations. The innovative songs share warmth and compositional tendencies with Deeper Woods; however, remarkably, Sarah Louise’s stunning sophomore Thrill Jockey album breaks through the boundaries of solo guitar, bearing little resemblance to its predecessors.

The pieces on Nighttime Birds mine components of the Appalachian folk music Louise is steeped in, as well as spiritual jazz, contemporary classical, and new age, while drawing intensely personal inspiration from the natural world. “Ancient Intelligence” ruminates on the power of and connection to Mother Earth through wordless, almost alien skitters. For Louise, the natural and the psychedelic are indelibly linked through their ability to provide healing. Drawing inspiration from a profound healing experience she had, Sarah assembled the pieces in dedication to that healing. Compositions exude spiritual relief and exploration, as they are both explorative musically and soothing in their gentle, delicate details. Moments of surreal intensity bubble forth on tracks like “Chitin Flight” which stoke curiosity and provide flares of tension and relief. Pieces like this offer Louise’s unique take on what a guitar solo can be while whimsically playing with guitar tropes of the psychedelic era.

Technically she approached performance on the album in a patulous manner, improvising on electric guitar in standard tuning, rather than her signature 12-string acoustic guitar and song- specific tunings. This radically different approach for Sarah was in and of itself liberating as well as inspiring. Louise carried this intuitional mindset with her into recording new pieces. Like Deeper Woods, she engineered the album herself, but with a new focus on innovative use of her recording program. With her improvisations as the raw material, she carefully crafted deliberate compositions that are her most painterly and cosmic work to date. Sampling herself, Louise’s approach to composing with guitar magnifies single notes, short patterns and overtones to reveal microtonality and otherworldly timbres. Frayed rhythms flow freely atop and between lush waves of devotional drones. Variations in speed and tone transform the guitar across the album from brassy bellows to the sounds of rustling insects.

Louise’s daring blend of heartfelt stream of conscious playing and bold studio processing demonstrates her unique ability to craft poignant music regardless of what tools she uses. She finds harmony rather than dissonance in synthesizing raw and organic materials with the technological. Sections of electronic bursts swell and ebb with a lifelike pulse, collapsing distinction between the natural and artificial. Each piece inhabits its own biosphere and Louise’s guitar and voice act as the flora and fauna. With Nighttime Birds and Morning Stars, Sarah Louise has reimagined the limitations of guitar music to create a work of sublime resplendence.

PLUS - SentiSoni is a new movement and percussion group, comprised of Coco Villa, Salomé Navarro and Thom Nguyen.