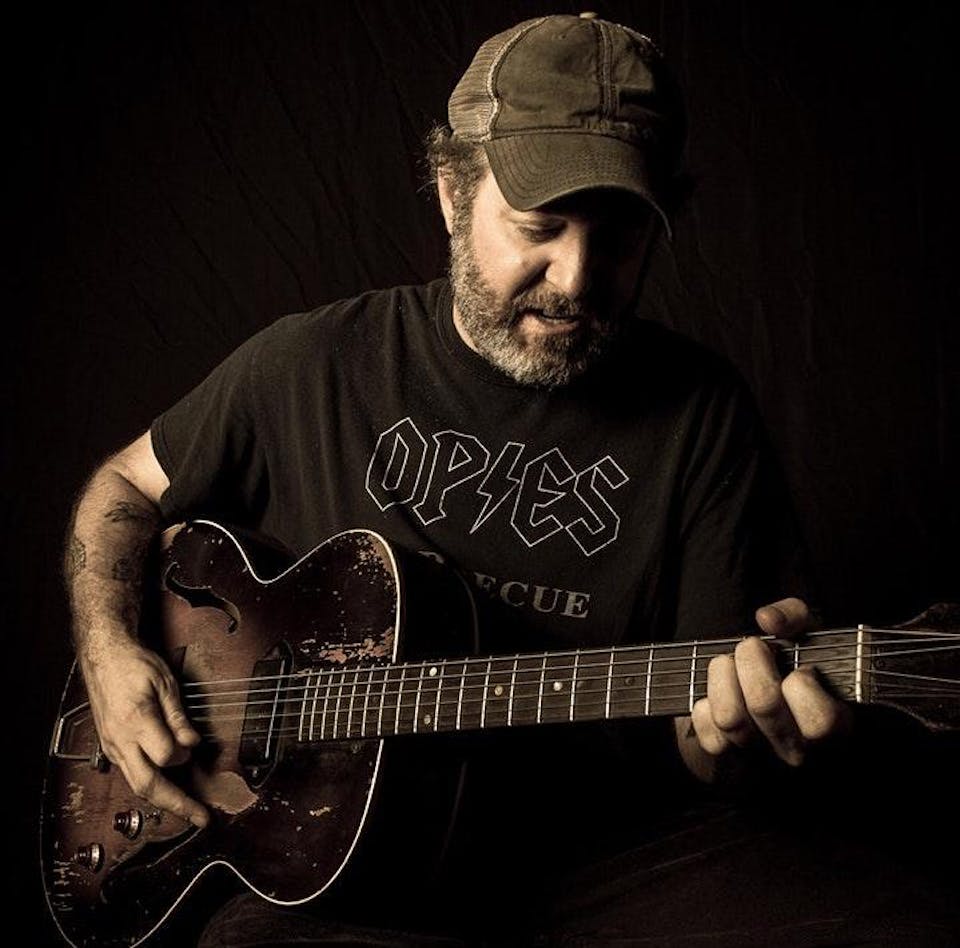 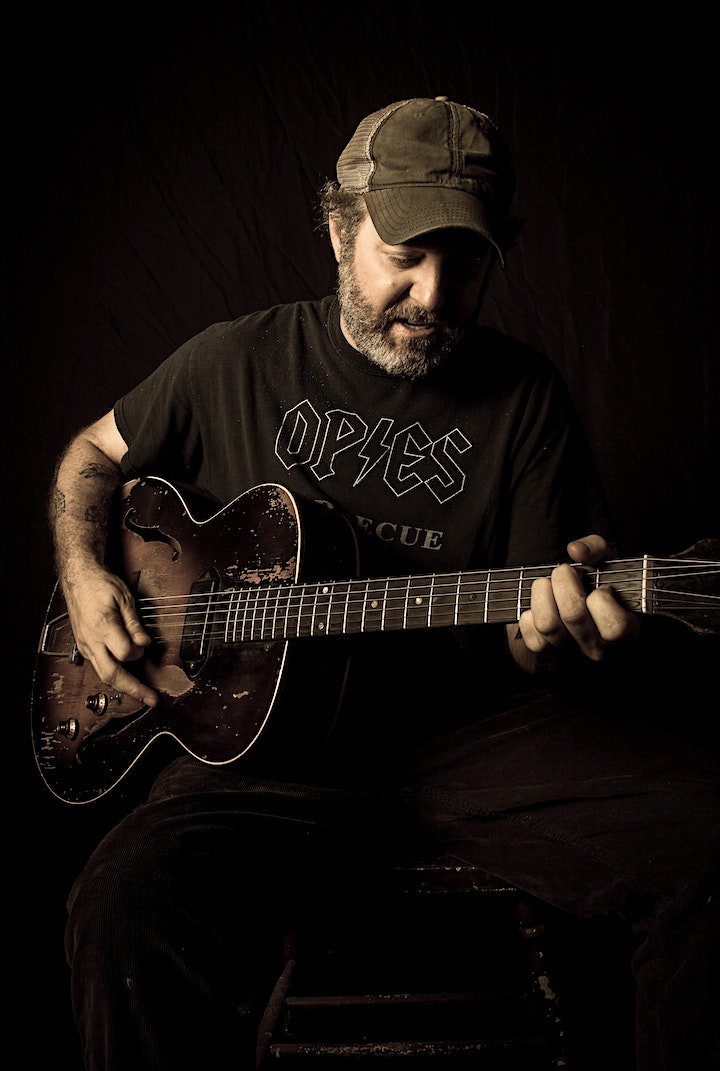 With the heart of a genuine Texas bluesman, the head (banging) of a Zappa and Lemmy disciple, and boots resting in the dust outside of town at sunrise, Scott H. Biram journeys through the harrowing human condition like no one else. A walk on the Biram side straddles the chasm between sin and redemption and The Bad Testament lands somewhere west of the Old Testament and south of an AA handbook. It’s a record of hard-grinding lost love, blues and deep, dark Americana.

Scott H. Biram conjured the words and music for The Bad Testament during mad alchemical sessions at his homemade studio in Austin, TX. Through stacks of amps, spools of cable, and a prodigious collection of microphones, he spread his technical wings wide, while never losing the immediacy honed from a life on the road. He added a drum kit and rustic vocal duet to his skill set (which already includes all guitars, bass, keyboards, vocals, and percussion on the album). And strip away the one-man band eccentricity, SHB is out-writing any meeting taker on Music Row. The man writes on a razor’s edge of aggression and deftness, thoroughly contemporary but steeped in the backwaters, back porches and back alleys of our collective musical heritage.

Many in the one-man band field find their groove and stay in it, but stay in a groove too long and it becomes a rut. SHB has the groove, but never falls into a rut. On “Set Me Free” and “Red Wine” the wandering country soul of Jimmie Rodgers and the laid-back cool of Merle Haggard ride well with SHB’s distorted punk; it’s the 2-sided jukebox hit at the honky-tonk behind the looking glass of CBGB’s. “Righteous Ways” and “Still Around,” mellower, but no less determined, sound right out of the Folkways canon. Speaking to eternities and charlatans, Biram’s freewheelin’ with an edgy take on the Newport Folk vibe. With its surprisingly melancholy organ and in the back of the pocket tattered soul, “Crippled & Crazy,” recalls The Band. The haunting harmonica-soaked ballad “Long Old Time” is a chilling taste of existential desolation, “It’s gonna be a long old time/ before I pay for the crime that I done.” This is one lost highwayman.

Fear not, though, Biram is still The Dirty Old One Man Band. His brand of unvarnished and unhinged aggro-roots remains as exciting as ever. “Trainwrecker” blasts down the two-laner with the breathless fervor of a redneck metal “(I’m Not Your) Stepping Stone.” Try NOT singing along in the best Nordic Doom Metal voice we all carry around buried within our darker selves. He’s downright blunt on the R-rated Boomhauer TX rant “Swift Driftin’”: “It takes a real piece of shit to be a real piece of shit/ You should really just be headed on your way.” Yet the stark acoustic guitar country blues is updated and self-aware - a profane reboot of personal heroes Leadbelly and Mississippi Fred McDowell. The instrumental “Hit the River” is a throw the devil horns slide guitar boogie right in that sweet Biram groove. And. It. Will. Not. Let. Go. It’s short, not-so-sweet, and leaves you panting for more.

Scott H Biram is THE one-man band. The master of the realm. Why? Because even though he’s one man, he ain’t one thing. 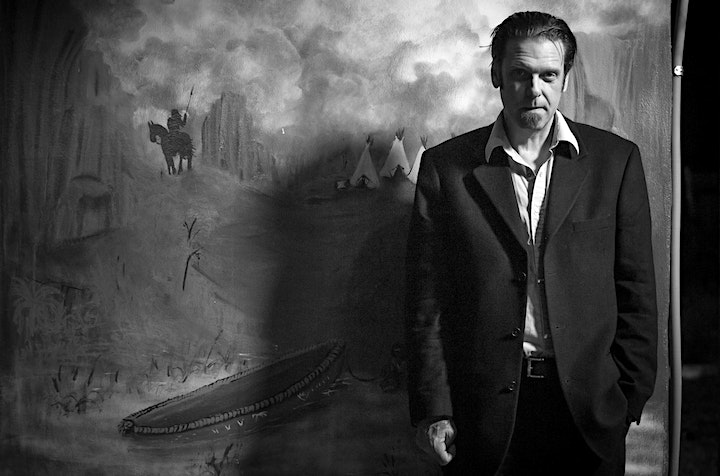 Georgia born relation of the legendary fiddler, Clayton McMichen, Stevie immersed himself in the world of rock and the underground music scene of the 80s in Atlanta, but never lost the twang of his childhood. Almost three decades later he has become an accomplished performer, songwriter and guitarist, as well as a seminal part of the Atlanta and Austin Music Scenes. He now hangs his hat in Western North Carolina.

In addition to his published works with his 1980s swampabilly band, The Tombstones, Stevie has released five solo albums and half a dozen music videos. The Tombstones song, Nobody, became a college radio anthem and was later recorded by rock icon Stiv Bator.

Tombstone's debut full length release, 730 AM, featured performances by members of Wilco, Jason and the Scorchers, The Bad Livers, and The Georgia Satellites, and offered tracks that peaked on the Satellite Radio charts. After several comps and EPs, his 2011 release, Greenwood, reintroduced Stevie to Americana and folk listeners with the autobiographical tale of his journey to Greenwood to mark the grave of then unhonored Robert Johnson.

Over the years, Tombstone’s bandmates and co-conspirators have been a veritable who's who of underground and nationally recognized players. Priding himself in his ability to cross genres, he has also had the honor of sharing the bill with the likes of Leon Russell, The Stray Cats, Greg Allman, Willie Nelson, Drive By Truckers, Johnny Bush, and The Ramones.

In addition to producing and writing for other artists, Stevie still performs over two hundred nights a year, enjoying a grassroots following that's kept him on the trail for the last three decades.