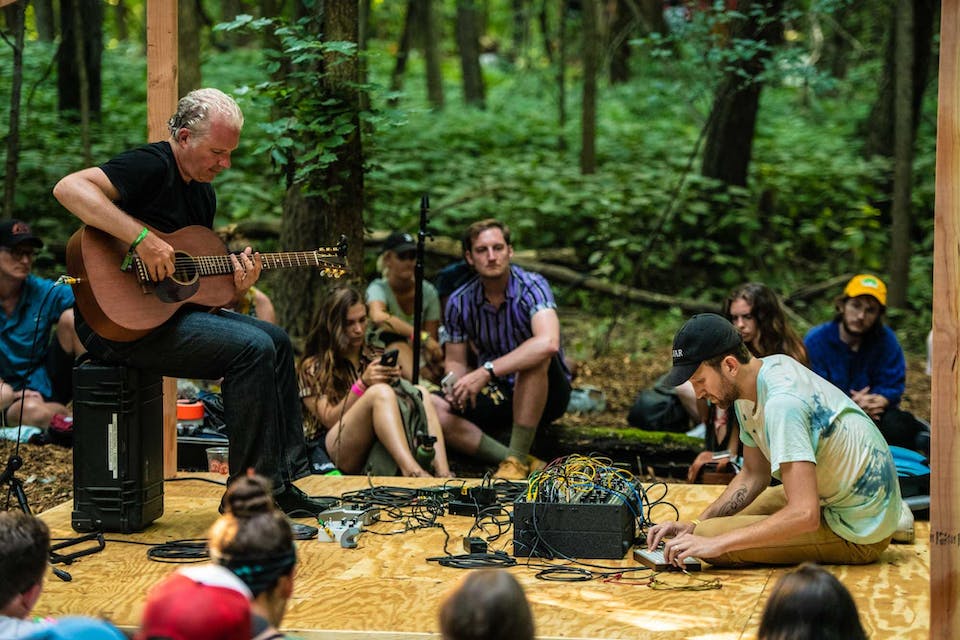 "The seeds for Bluebird were sown starting in 2015 when Nick Sanborn and I were both performing at the inaugural Eaux Claires festival. We were performing in different projects, but, encouraged by the promoters and in the collaborative spirit of the festival, we decided to try an improv duo set together. We had been friends and collaborators for years but had never done anything like that together before. We were booked for Friday July 17th, 2015, talked once over the phone about our general approach to the performance, and met at the stage that afternoon. The day was beautiful; very warm. The stage we were playing, The Channel, was literally a geodesic dome at the top of a hill, and the heat that had been building up all day had nowhere to go. It must have been 100F in that dome that afternoon. Nick and I figured we'd play around a 20 - 30 minute set, but, with years of friendship and music behind us, no plan whatsoever regarding what we'd play, the amazing crowd and the hallucinatory heat, when we finally looked up at each other and smiled after the final note ended ~ 50 minutes later, we knew we were onto something.

We continued to collaborate annually at each subsequent Eaux Claires festival, and always talked about getting together and documenting this collaboration. It finally came together in October 2017. Nick and Amelia Meath had just set up a small house/studio in the woods of North Carolina between Chapel Hill and Durham, and Nick wanted to kick the tires of the new studio. This seemed like the perfect opportunity. The plan was to seclude ourselves at their new place, hang out, have some fun, and capture some of those ideas we had developed over the years, as well as some new improvisations. From there we'd work back into them with other instrumentation and see if we could get a finished record together.

The reality was that the weather in North Carolina that weekend was beautiful and warm, and we ended up doing some test recordings before we even shut the doors or windows on the small studio/house. As we listened back before officially pressing "record,” we realized that recording with everything completely open to the outside world so strongly evoked the sonics and feeling in the main living room recording space, that we decided to embrace it. We added more room mics, played/improvised/wrote all day for 2 days straight, and documented it all. It rained, birds chirped, dogs barked, we joked around and had the fun we had been talking about for years. And it was all captured as we experienced it.

As we were packing up that Sunday morning I was flying back to Milwaukee, we did some rough mixes of the session to ensure we'd have something to listen and react to over the next months. We listened to those mixes over the next months as we delved into other projects, talking, barking, chirping, and all. When we talked again, Nick had an idea: Keep it. Keep all of it. No working back in, no editing of us goofing around, no mixing out the dogs and the rain. Keep everything that we heard and experienced that weekend and present that as the project. I agreed 100%. 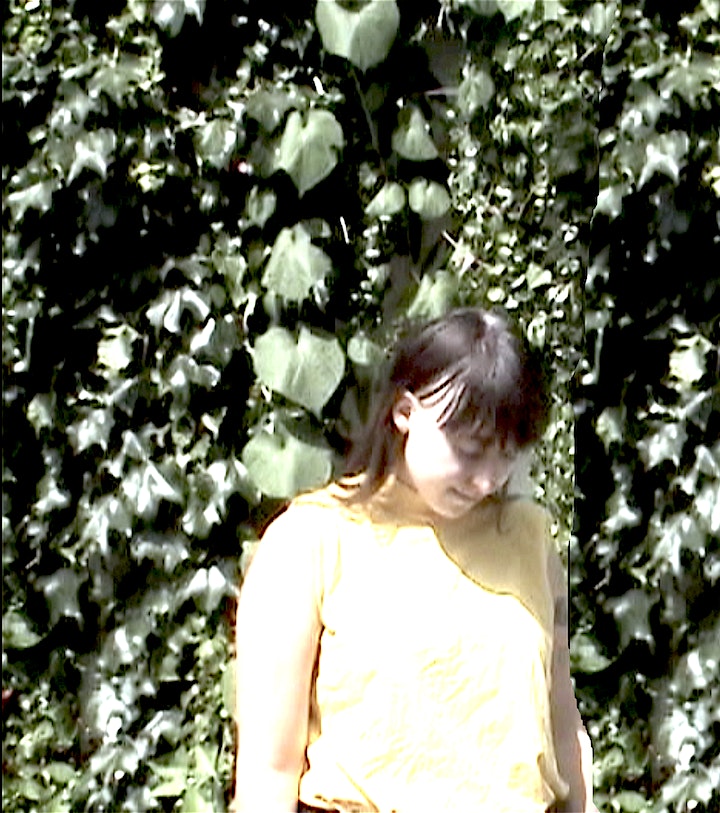 In a sea of lo-fi samples, derived from harvested electronics at the beloved Bins, Paula Stretch funnels heavy drones and synth lines through destroyed tape machines and Hallmark Card samplers. Glitchy, atmospheric waves, crashing into a wall of noise.