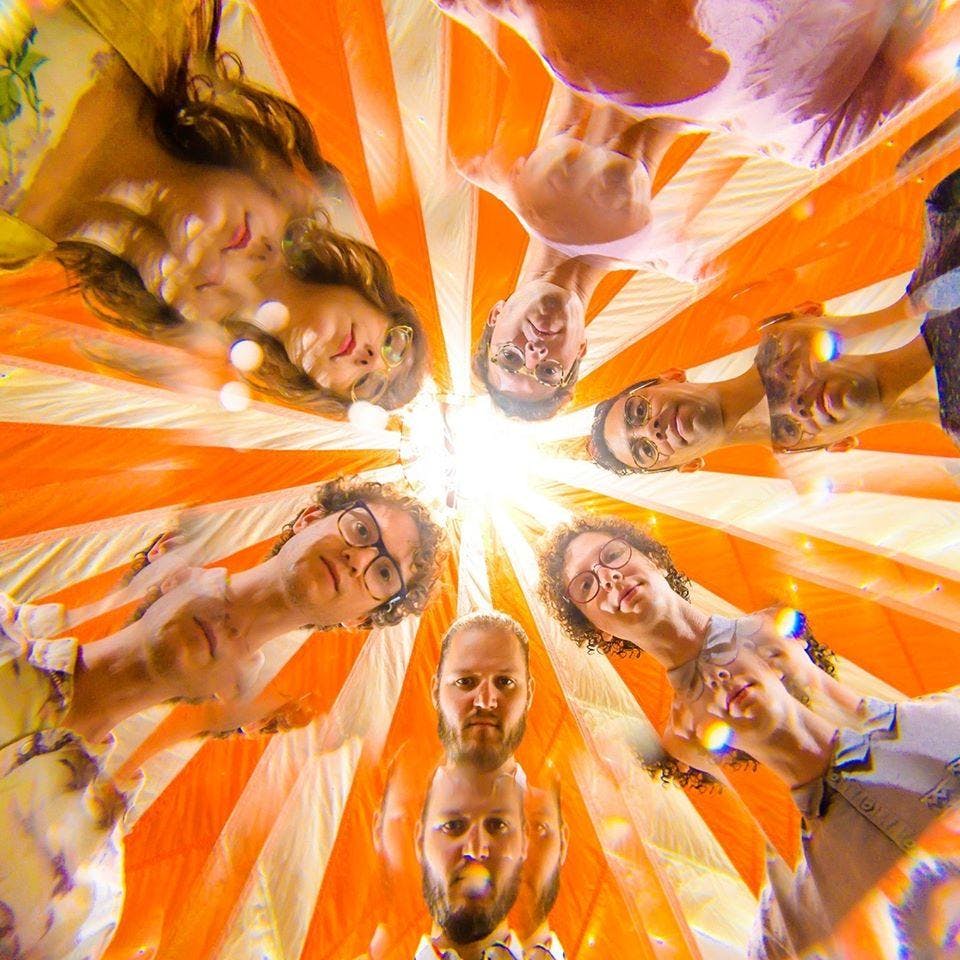 POSTPONED - Keep an eye out for new date TBA 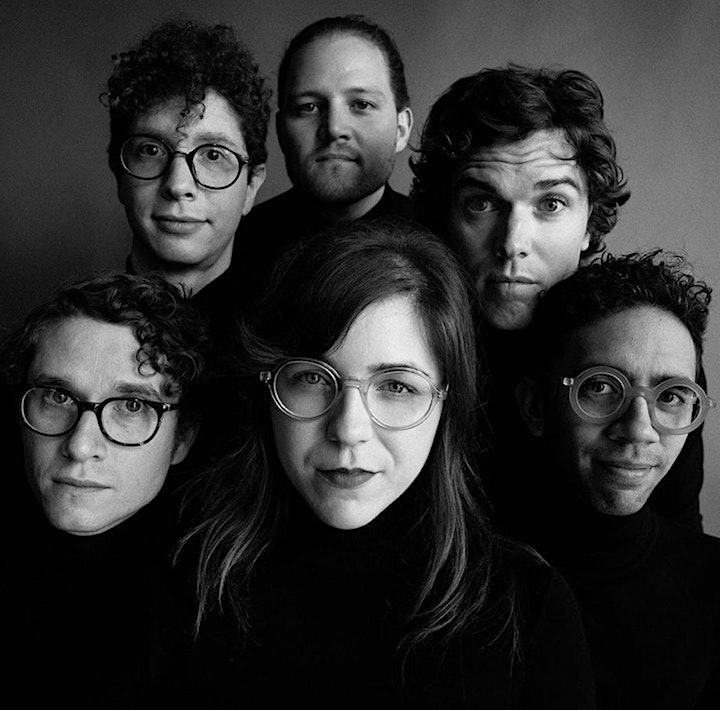 “Sweet Crude is an extremely exciting new group with haunting and mesmerizing vocals sung in Louisiana French and English.”

“When most think of New Orleans, what usually comes to mind immediately are wild Mardi Gras celebrations, great jazz, and Cafe Du Monde’s famed beignets. Hailing from the Louisiana city, rising indie pop six-piece Sweet Crude know there’s so much more to be found and appreciated: a richness in culture and history, which they’ve deftly woven into the foundation of their work.”

Over the past few years, Sweet Crude has managed to take the music and language of Louisiana and produce a completely fresh music that thrusts century-old traditions into the present. The six-piece band consistently delivers exciting shows featuring enough drums for a small marching band, exuberantly bellowed harmonies, and lyrics that jump from English to Louisiana French in a sin-gle verse. Boasting surnames like Marceaux and Chachere, Sweet Crude seeks to reconnect with their lineage in a way that draws on their own modern influences, while nodding to the music and language of their ancestors.

The members of Sweet Crude all hail from South Louisiana, a region which still holds onto its unique culture and way of life stronger than anywhere else in the United States.That said, many of those elements are fading with time as American culture gradually becomes more homogenized. This trend can be seen most directly in the gradual fade of the Louisiana French language. The members of Sweet Crude grew up with grandparents and great grandparents that spoke the region’s native dialect as their first language, yet with each successive generation, that language gets lost to time. Instead of singing the language in its usual music genres, zydeco and cajun, Sweet Crude draws on their own influences coming mainly from New Orleans music, pop, and indie rock to produce a sound that is accessible to today’s generation. In essence, they are taking the language out the museum, weaving it in with English, and giving it fresh legs and relevancy for years to come.

Sweet Crude released their debut LP Créatures in April of 2017 on Rhyme and Reason Records and followed the release with performances at major US festivals such as Bonnaroo, New Orleans Jazz and Heritage Festival, and High Sierra. In addition to headlining their own US tours, they hit the road with their dear friends, Tank and the Bangas, on a sold-out nationwide club tour that lasted through the summer and fall. The band also won the Big Easy Award for “Best Rock Band” in New Orleans in both 2017 and 2018.

Sweet Crude has gone on to sign with Verve Records and will be releasing music on the label starting in the fall of 2019.