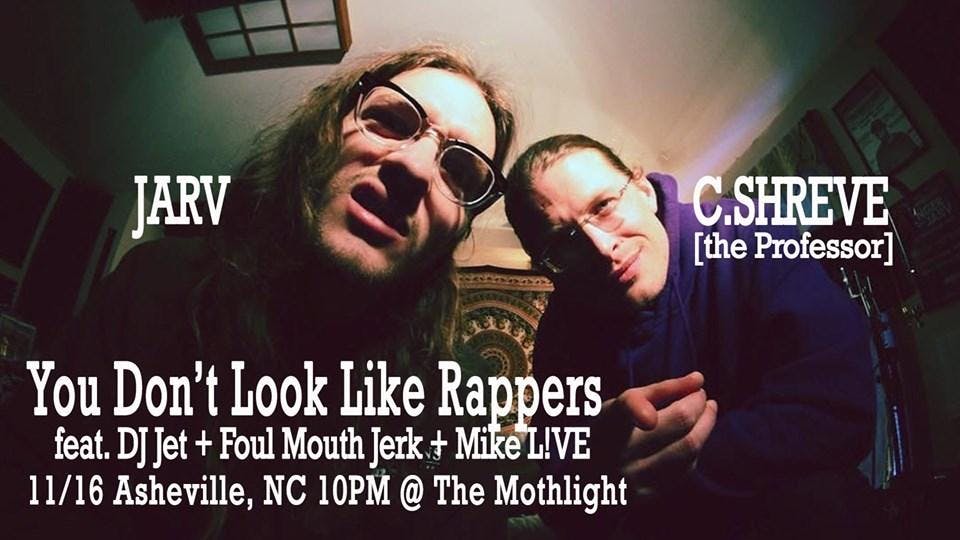 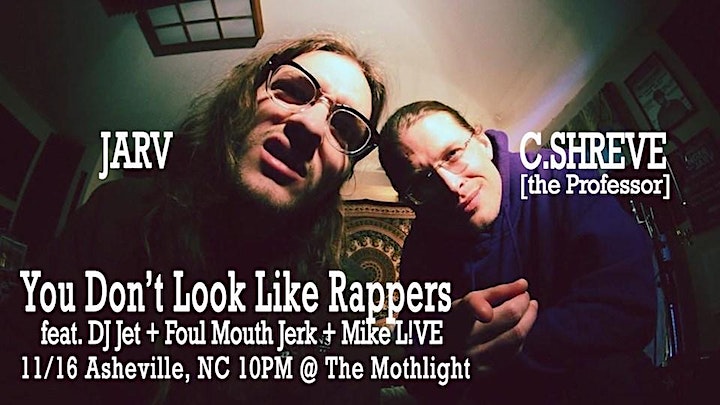 MCs Jarv & C.Shreve the Professor have joined forces for another installment of their "You Don't Look Like Rappers" Tour.

Jarv is one of millennial hip hop's fastest rising talents. This Windsor, Vermont native's one of a kind delivery and content has rapidly made hip one of the most sought after performers through the northeast. His ability to seamlessly combine emceeing along with live production has added even more to his internet notoriety and continues to win him new listeners from far and wide.

C.Shreve the Professor is a North Carolina based MC and founder of the hip-hop collective Free the Optimus (FTO). The Professor moniker stems from the fact that he is a senior lecturer at Appalachian State University, and it's also part of his rap ethos: to profess and to teach. C.Shreve defines Free the Optimus as “a call to action—to set free our optimal ability & our optimistic perspective, and to transform the world around us.”

Local heavyweights DJ Jet, Foul Mouth Jerk, and MiKE L!VE will bring full sets as well making this a night in West Asheville that you don't want to miss.